Penciled on verso: "Little Wolf Great Cheyenne Chief 1906 Second in command of all Cheyenne in Custer Battle. Two Moons first Little Wolf was the brains and tactician of battle- His uncle, Little Wolf, George Bird Grinnell (authorative historian) thought him the greatest Indian Chief of all - The Government took him and followers to Oklahoma for safety - He did not like it there and struck out for his home in Montana - Gen'l Miles followed him for months, was outwitted and got home, and the Gov't let him stay - I only got one portrait of him and it is Hearst Collection in Smithsonian, Wash'tn." 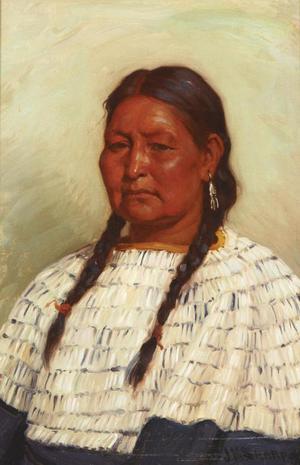 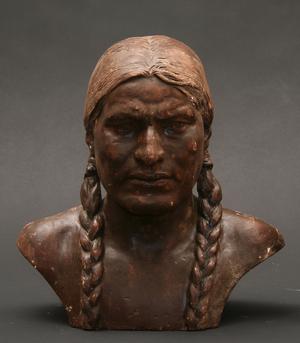